The Journeys Of Apollo 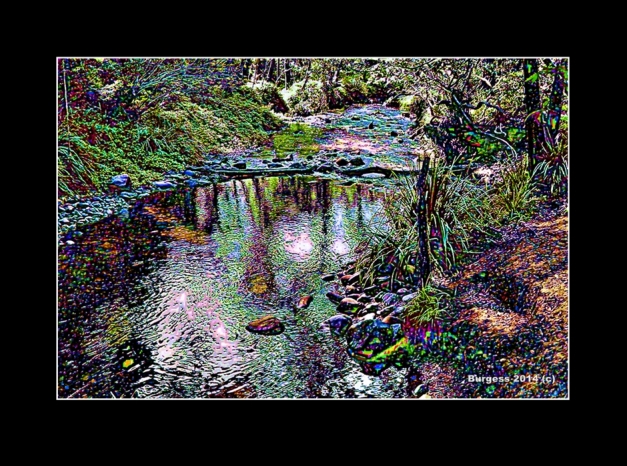 Today for the first time I’m introducing……….The Journeys of Apollo.

Apollo is the name of my old bike which I ride on many mornings. 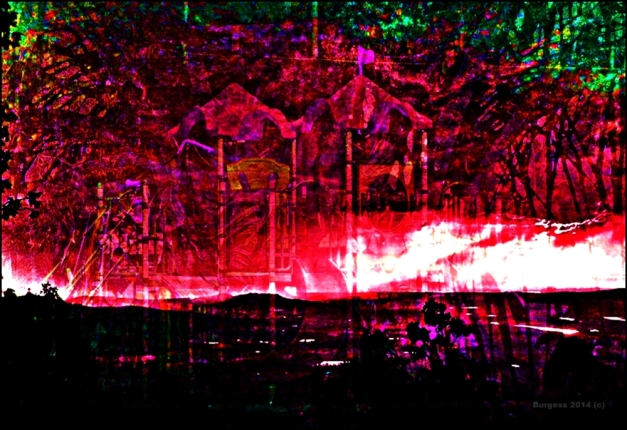 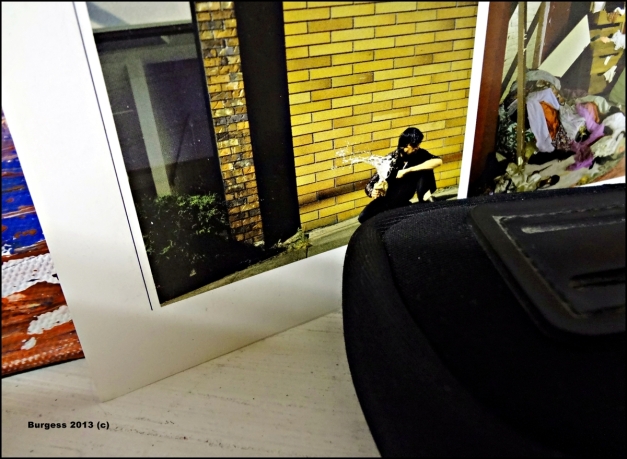 Fragments Of A Portrait

Fragments Of A Portrait

Memories are things we treasure forever like this one……

Title  :  Fragments Of A Portrait

My Heart’s No Secret Anymore 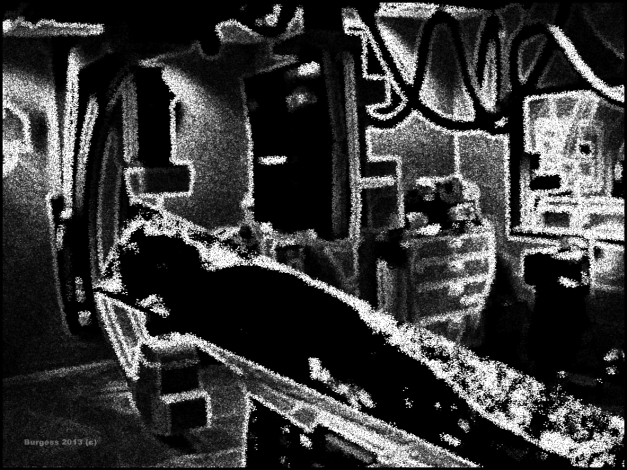 My Heart’s No Secret Anymore

Monday I had one of the most bizarre experiences of my life…….a coronary angiogram.

Basically this is where a small tube is inserted in your wrist and then proceeds to move into your heart and completely check it out.

You are awake the whole time. Fortunately there is little pain but I could not help feeling the awesomeness of the whole thing……a modern miracle!

Outcome : I am ok but………. My Heart’s No Secret Anymore

(The image of the Cardiac Catheterization Lab from Wikimedia Commons, the free media repository)

A Chaperone Of Shapes

A Chaperone Of Shapes

Night is full of fascinations. Light is magical. Combine both and you have…….Night Shift

A Tree In The Middle Of The Path 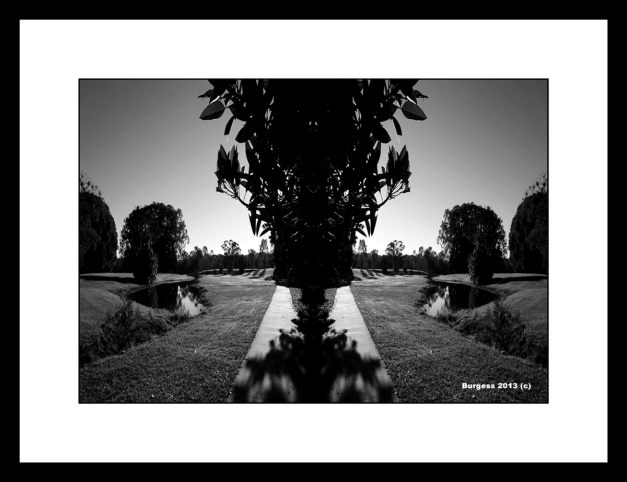 A Tree In The Middle Of The Path

New Image…………A Tree In The Middle Of The Path

No Time For Madness – Well Maybe Just A Little

No Time For Madness – Well Maybe Just A Little

This image ….. an original charcoal drawing of mine…..went through a process of discovery on the computer.

It ended with this etching-like work. So maybe I can call it a digital etching.

The title…….well we all need a little madness in our lives……that’s what keeps us sane. 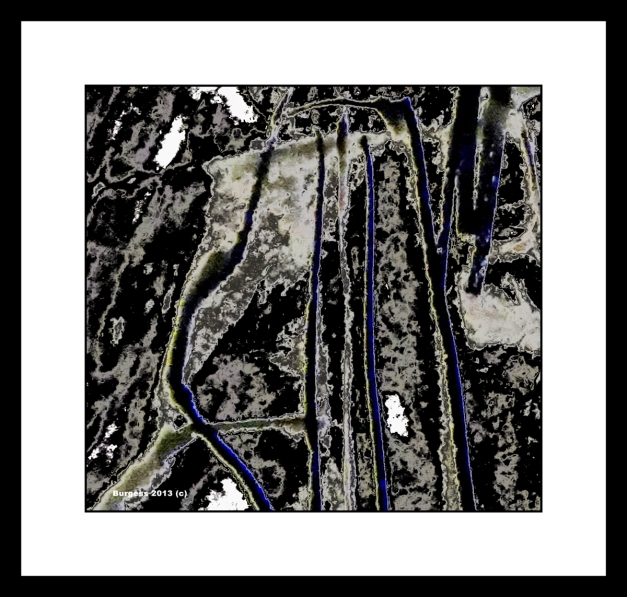 Thank you for your support because without it……… I probably would have given up long ago.

Hopefully I have contributed something to your life……..as you have to mine.

Wishing you all the very best of blogging…….and life in the future.

Birth Of An Artwork………..The Birth

Birth Of An Artwork 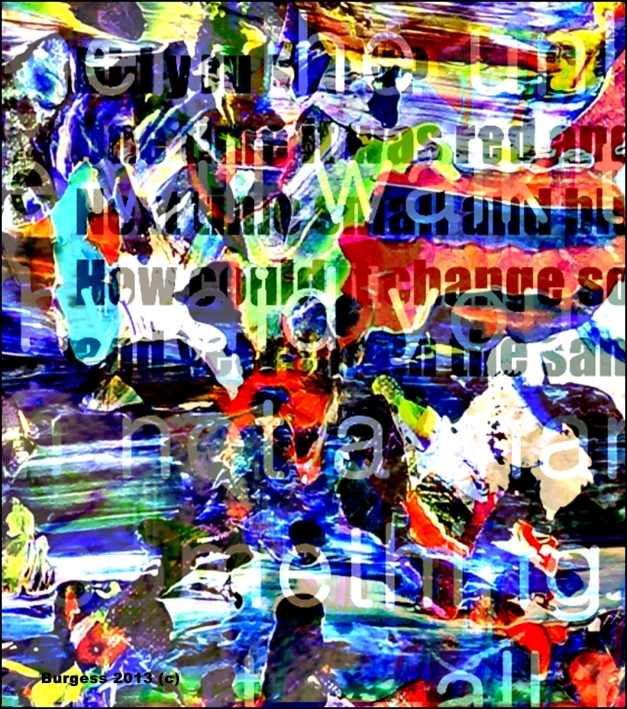 Following my recent post The Birth Of An Artwork I put together a small video which shows some of the processes I went through to create it…..Above is that brief journey through “The Birth”

New Image………Title  :  The Birth Of An Artwork

Pronking is the jumping movement made by the Springbok Antilopes of South Africa.

I decided to do a little extra “pronking” myself with the movie.

Hope you enjoy it.

Also ……you might hear a song they were playing at the time……it is “Because I Love You” by Masters Apprentices.

Recent searching through my archives I discovered this……… Title  :  Mystery Woman

Like traveling the Universe who knows what will be found. 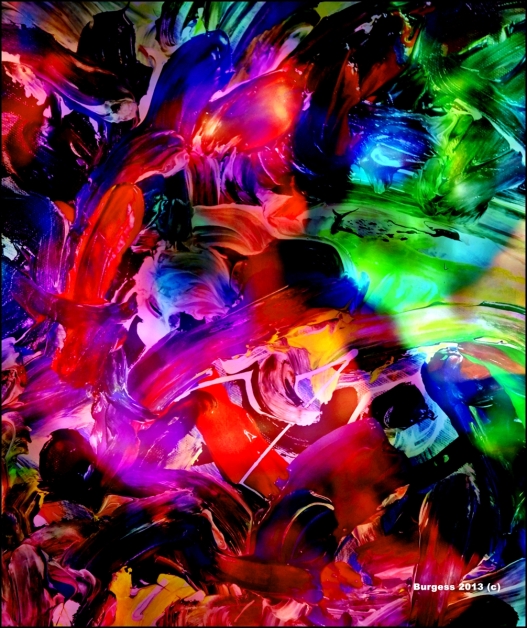 One Ball, A Chair And A Lot Of Art

One Ball, A Chair And A Lot Of Art

An unplanned countdown began four days ago. Here is the final image…..

Countdown to what?….. I am asking the same question.

But one thing I am sure of in life…….nothing happens without a reason!

Two Chairs On A Floored Sky

Two Chairs On A Floored Sky

The School Of Bus Stops

I guess I should explain this image a little.

It started when I saw two school girls sitting on the grass waiting for a bus. It is an unmarked bus stop.

Somehow one of my favorite paintings by Raphael……The School Of Athens got involved.

You can see what happened……..

Discoveries Of An Alchemist

Discoveries Of An Alchemist

Today I found the…………Title  :  Discoveries Of An Alchemist

Alchemists have historically rewritten and evolved the explanation of their art, making a single definition difficult.

Alchemy has had a long standing relationship with art, seen both in alchemical texts and in mainstream entertainment. Literary alchemy appears throughout the history of English literature from Shakespeare to J. K. Rowling. Here, characters or plot structure follow an alchemical magnum opus. In the 14th century, Chaucer began a trend of alchemical satire that can still be seen in recent fantasy works like those of Terry Pratchett.

Visual artists had a similar relationship with alchemy. While some of them used alchemy as a source of satire, others worked with the alchemists themselves or integrated alchemical thought or symbols in their work. Music was also present in the works of alchemists and continues to influence popular performers. In the last hundred years, alchemists have been portrayed in a magical and spagyric role in fantasy fiction, film, television, comics and video games.

My morning ride often amazes me………

Magic is everywhere in the world…….even when you least expect it.

I did not expect to find ……… Title  :  The Magic Mountain

But what amazed me most was the Classical / Turner-like landscape at the rear of the picture and the distinctive contrast with the stark, reductive foreground.

All steps can be great steps even if they are just……….   Title  :  One Small Step